EVERYTHING YOU NEED TO KNOW ABOUT TRICKERY CARDS

1. There are three types of Trickery Cards: “Standard”, “Power” and “Trickster”.

2. Some Trickery cards may be played instantly at any time, while others may only be played during certain phases of a player’s turn.

3. Trickery cards are played ONCE, and after the effects are resolved they are sent immediately to the “Graveyard”.

4. Trickery Cards are always played one at a time. Any time a card is played, your Opponent has a chance to respond with a card of his or her own.

Challenge any Trickery Card played by any opponent at any time.

In response to any offensive or defensive card played by any Opponent at any time.

If Player wins the duel, Opponent’s card has no effect and both cards are sent to the Graveyard.

If Opponent wins the duel, their card is unaffected and cannot be the target of any more Duel cards that round. Duel is sent to the graveyard.

If Player wins the duel, they are exempted from the effects of Opponent’s Power Card, and Duel is sent to the Graveyard.

Limitations: Does not affect other Duel cards.

Block any Standard Card played against you.

In response to any Standard card played against you. May not be played to protect other players.

Disrupts the effects of any inbound attack and both cards are sent immediately to the Graveyard. A Duel card may challenge the Shield card.

Example of a Duel challenge:

Steal any Opponent’s score before they can add it to their Point Total.

If played successfully: 1. Add Opponent’s score to your Point Total, 2. Opponent fails to add the score to their Point Total, and 3.The score and dice move to the next player AS IS.

After an Opponent has announced their Intention to Score, but before the score has been officially added to their Point Total.

Only one Point Thief may be successfully played per Scoring Phase.

Point Thief does not kill scores or dice, merely robs an opponent of the score they were intending to add to their Point Total.

Add one Bonus Die to your next roll. After the roll, you may substitute the Bonus Die for any other die rolled.

Play after announcing your Intention to Roll, but before the dice have been rolled.

May be challenged by Duel. A maximum of one Bonus Die may be added to any roll.

If played successfully, Opponent loses their turn and Skip A Turn is sent to the Graveyard. Any currently live points and dice pass AS IS to the next player in order.

Play BEFORE the first roll of any opponent’s turn during the Pre-Rolling Phase.

Play as any Standard Card, with all of the same powers and limitations.

May NOT become a Power Card.

If you do not wish to re-roll a second time, Second Chance also allows you to scrap your previous roll and add your current score to your Point Total.

Does not affect the Bonus Die.

If Second Chance is used to roll a second time, any points scored on the previous roll are scrapped and the exact same dice are rolled again.

Steal one unknown card from any opponent’s hand.

May be played instantly at any time.

May be challenged by Duel and/or Shield.

Attack any Opponent’s currently active score during their rolling phase.

Opponent’s turn is immediately ended; the dice are cleared, the score is reset to zero and play moves to the next player.

Play during any Opponent’s Rolling Phase, after the first scoring roll of the dice but before the announcement of the Intention to Score.

May be challenged by Duel or Shield.

Player is immune to all Standard cards for the duration of their turn.

This effect persists until Player: 1. Fails to score on a roll, or 2. Successfully adds their score to their Point Total.

May be played at any time during the Rolling Phase.

Does not protect Player from the effects of Power Cards.

May NOT be played in response to an inbound attack.

May be challenged by Duel.

1. All Power Cards may be played instantly at any time.

2. Power Cards may NOT be played as a challenge to any card played by an Opponent.

3. Duel may challenge all Power Cards.

4. If a player successfully challenges a Power Card with Duel, they are exempted from the effects. However, some Power Cards have global effects that are not disrupted by Duel.

Power Card Limitations: Pretty Evil lays down a Steal A Card against Dr. Beastly. Dr. Beastly has no Duel, Chameleon or Shield cards with which to defend against the attack. However, he does have a Purge Power Card, which forces all players to bury their current cards in the Graveyard. Unfortunately, Dr. Beastly CANNOT play his Purge Power Card in response to Steal A Card. Instead, the instant effects of Steal A Card must be resolved before the effects of Purge can be calculated… he may lose his Purge before he can play it!

All cards are passed to the left or right, depending on the choice of the player.

Challenger keeps their hand and is skipped over in the rotation of cards.

Assault may be used to break 5000 points and go out at any time. Once Player crosses the 5000-point threshold, they are instantly out, all their cards are dead, and the remaining players have one final turn in which to attempt to beat their score.

Assault may not be deployed against a player who is already out.

No player’s score can be pushed below 0. If Assault is deployed against an Opponent with less than 1000 points in their Point Total, Player receives only the amount of points currently held by Opponent.

Instantly reset all players’ Point Totals to either the highest or lowest Point Total currently held.

Challenger’s Point Total is unaffected and NOT included in the calculation of the reset.

Does not affect players who are Out. Only the Point Totals of active players are included in the calculation of the reset.

Challenger keeps their hand and is skipped over in the rotation of re-dealt cards.

Time to get dirty. Dig through the Graveyard and secretly return any one card to your hand. The player of Graveyard gets first move once they have picked their card.

Grave Robber fails to deploy and is sent to the Graveyard.

May be played as any Power Card except Trickster.

Power Chameleon fails to deploy and is sent to the Graveyard.

Force any Opponent to roll one six-sided die.

The number rolled will determine the Trickster Effect.

3. Opponent gives you all their cards.

Trickster fails to deploy and is sent to the Graveyard 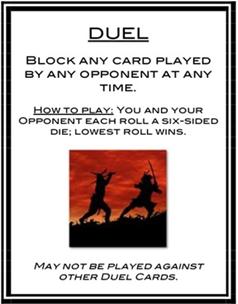 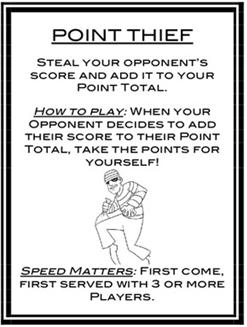 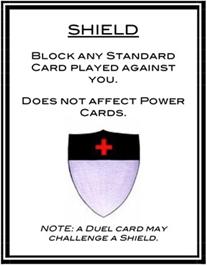 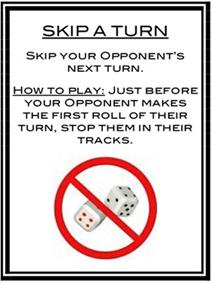 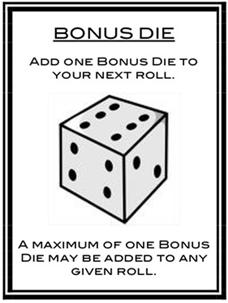 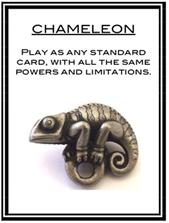 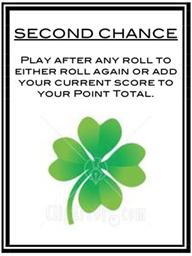 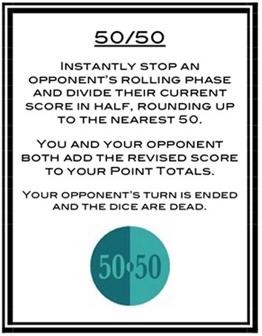 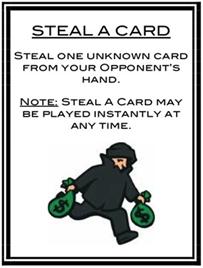 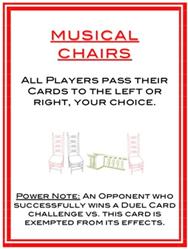 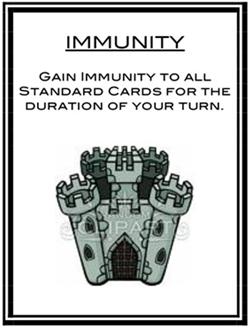 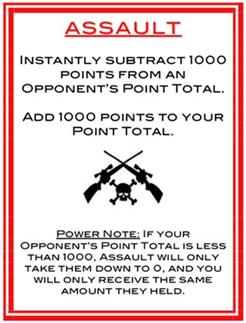 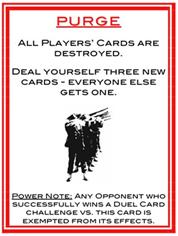 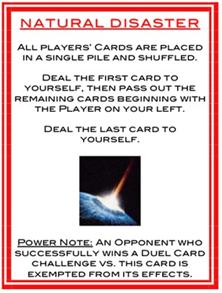 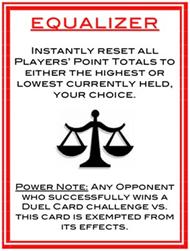 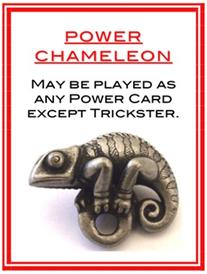 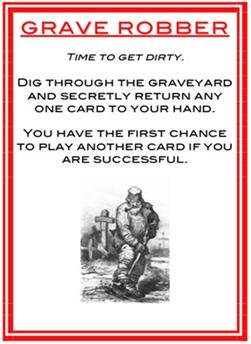 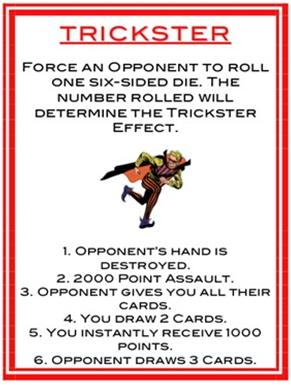 Check out these amazing new paintings by Chris Thompson!